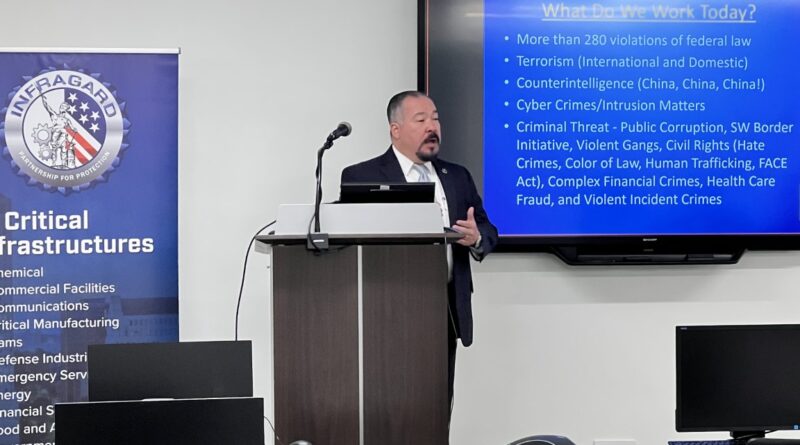 At our January meeting we welcomed Johnnie Sharp, Jr., Special Agent in Charge (SAC) of the FBI Birmingham Division. SAC Sharp. SAC Sharp discussed the history, specifically the Birmingham Division.  He talked about the Bureau’s priorities and initiatives for the coming year, with a focus on threats and issues relevant to North Alabama. He shared specifics regarding resources under his command and explained the importance of the FBI HQ satellite office in Huntsville.  SAC Sharp spent another hour after his presentation meeting and talking to members.

SAC Sharp joined the FBI in 1998 and began his career in the Pittsburgh Division, where he investigated counterintelligence and counterterrorism matters and served as a firearms instructor and SWAT Team Sniper. SAC Sharp has held leadership positions in the Counterterrorism Division, the Jackson Field Office, as the FBI’s Deputy On-Scene Commander in Iraq in 2009, and 2 years as the Section Chief, Operational Technology Division, in Washington, D.C. Sharp was appointed Special Agent in Charge of the Birmingham Division in 2017 and currently oversees all FBI operations for the 31 counties comprising the Northern District of Alabama. 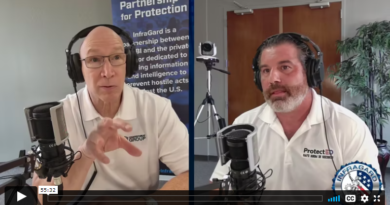 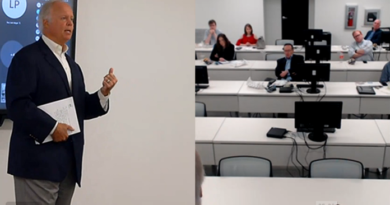